Day of the Seafarer

Home » News » Day of the Seafarer

The world’s seaborne trade accounts for around 90% of the global trade.

Without shipping, there would be no global trade and the world would not be as close as it is now or as small as it is now in terms of movement of goods from one place to the other..

Over the years the seaborne trade has grown exponentially bringing along with it many benefits for businesses, consumers and the economies of the world..

As of 2016, the world fleet (number of registered commercial ships over 100 tons DWT – Dead Weight Tonnage) stood at

The people that are responsible for maintaining, running and operating the above mentioned ships and tonnage are SEAFARERS

To mark the campaign this year, MacAndrews spoke with Captain Oleksandr MALAKHOVSKY, Master of m/v CMA CGM GOYA vessel which services our SCUK Spanish Service calling at ports in the UK, Spain and Netherlands. 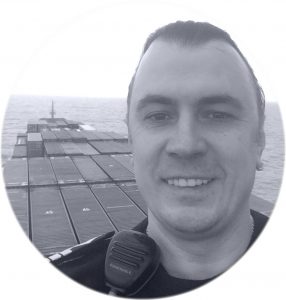